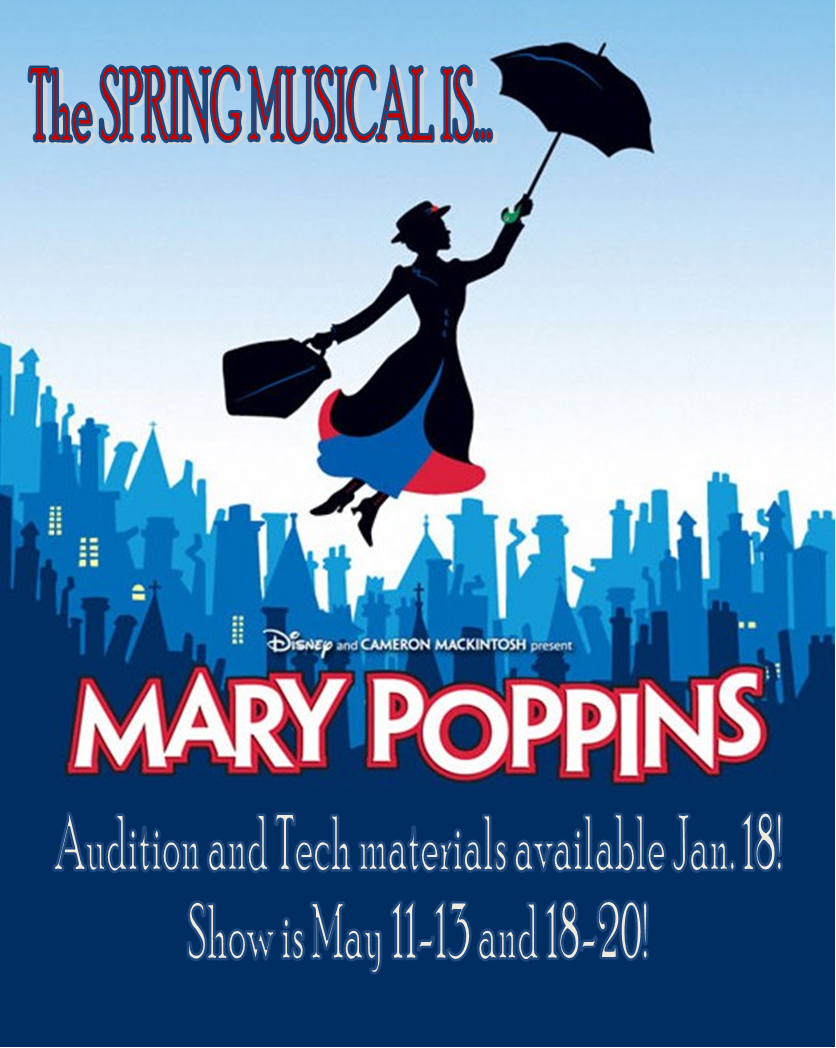 After a week of seemingly disconnected clues, Z Center Stage Theater Company met today and we are excited to announce our upcoming production of Mary Poppins!  The show will be May 11-13 and 18-20.  Tickets will go on sale by April!
Students left the meeting excited about the challenge after having watched segments of Supercalifragilisticexpialdocious.  A crowd gathered near the signup board as our future star actors and techs put their name down to get in on this thing!   Its gonna be great!   So vibrant and full of great characters and music, and a little magic to boot!
It will be "PRACTICALLY PERFECT" in every way!
Here are important dates!

Audition monologue found by 2/1.  Memorize it.

Two types of ways to be involved:  acting and tech

Tech
All positions and roles require you to be able to be at rehearsals after school from 3-5 pm March-May.  You need to be available for the show the second and third weekends of May to do acting or running crew.  You must be eligible with grades and Xello project requirements.  You cannot do a school sport that meets at the same time and drama due to scheduling conflict.  Attendance at required rehearsals and keeping grades up are very important, so be sure parentals and you understand the commitment.
Videos to watch:  Z Center Stage 2015
https://youtu.be/ZBiY59LAyM8  (act 1)    https://youtu.be/-aFB6_PFkBo  (act 2)